so this weekend, i hosted a tea party.  the main conclusion i have drawn from this event is that tea parties are a crapton of work.

bean wanted to take her small group girls to aunt sue's tea house in marion.  because it's amazing.  duh.  but...there was a fire.  and since aunt sue's was no longer a viable option, my sister decided i was the obvious next choice, having never hosted a tea party in my life.  i think we all know i am very much a sweatpants girl, and my mother will attest to the fact that i have been rockin the sweatpants look my entire life.  lace is a swear word.

but i do love tea.  and cooking.  and eating. 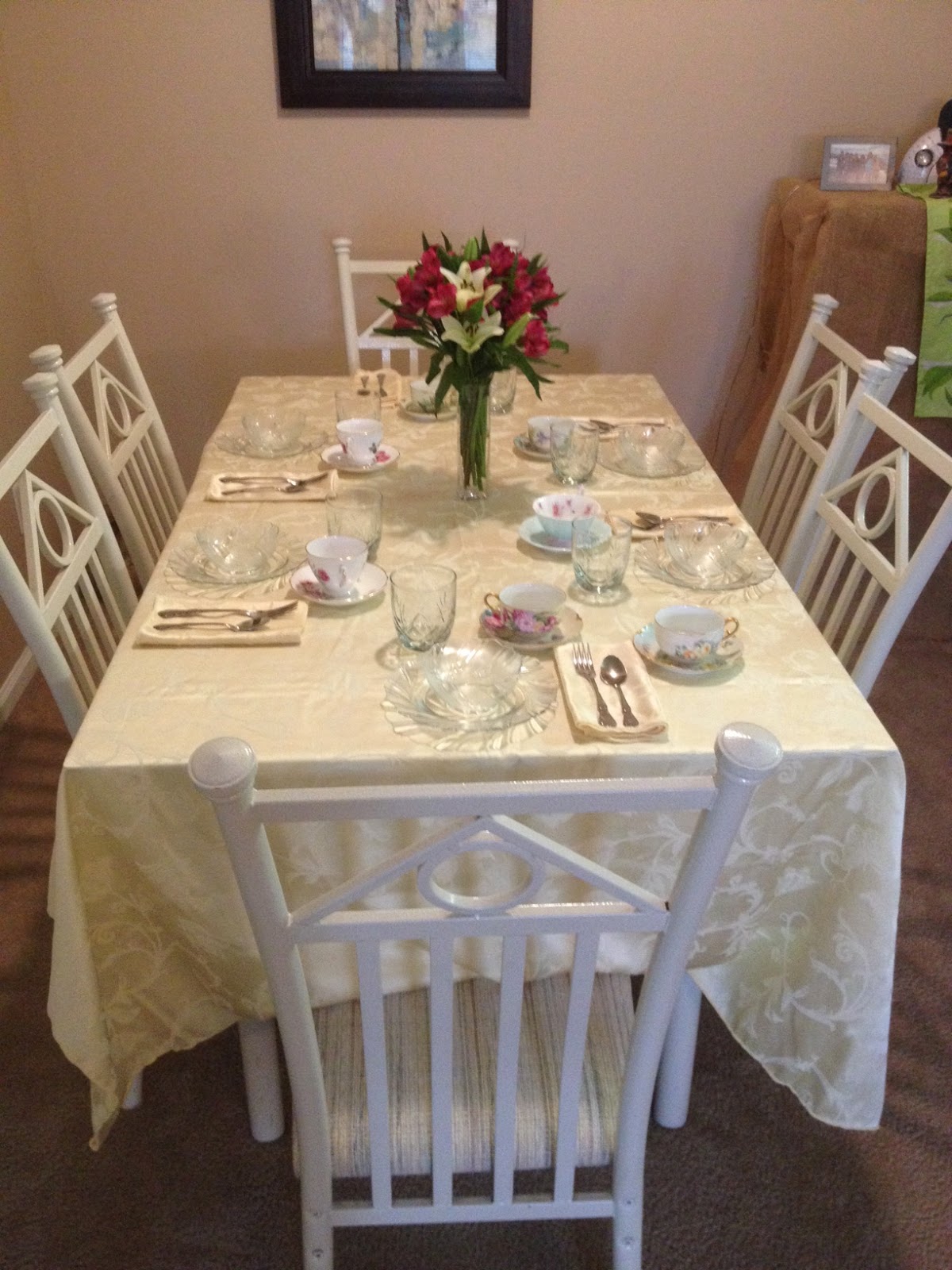 lovely, right?  we had to be careful.  the tea set was borrowed from my mother, and i have it on good authority that heather had to leave a kidney on deposit. 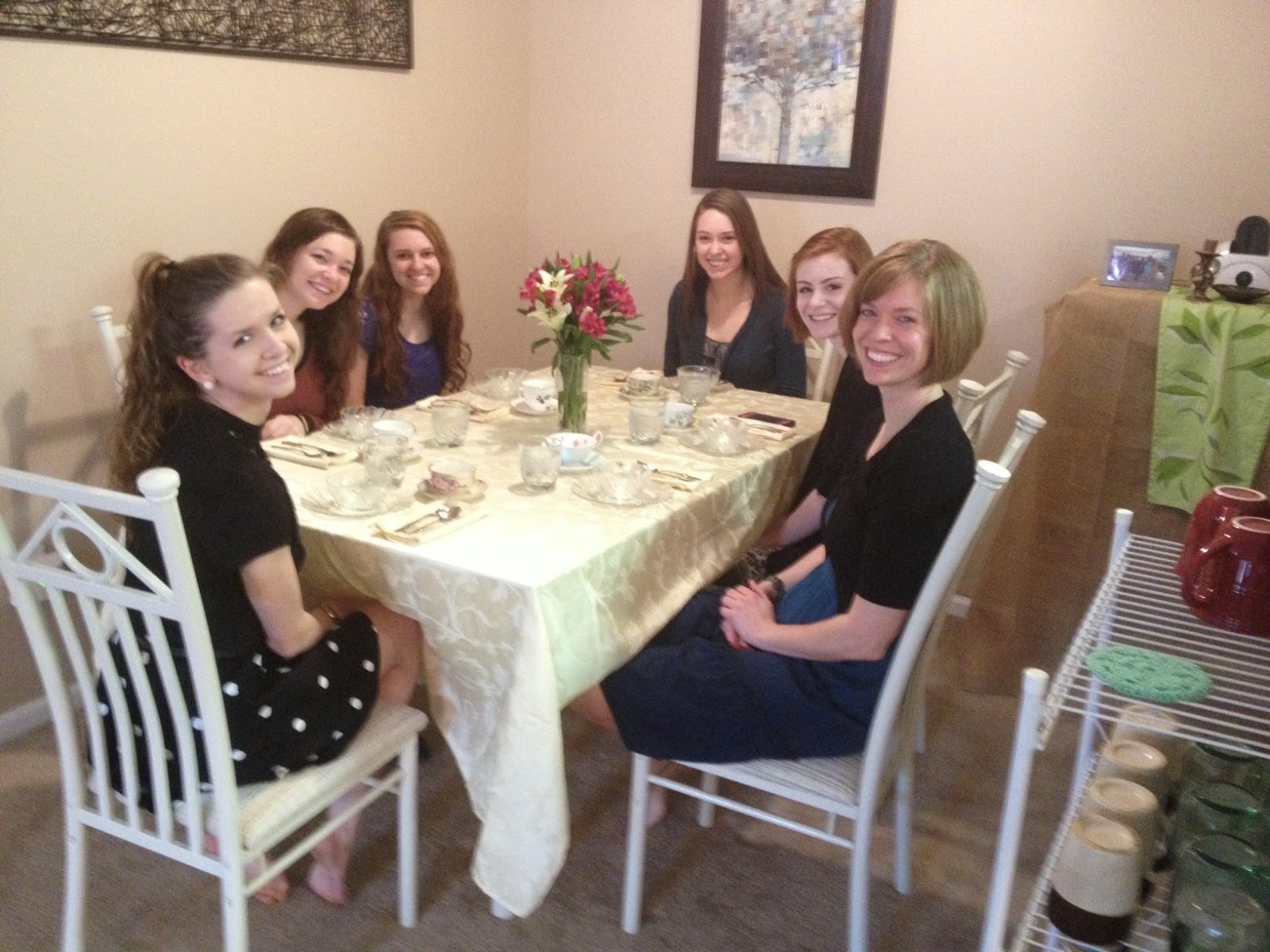 after the girls arrived, they were invited to choose the different types of tea they wanted to sample.

the meal started with the choice of vegetable or tomato soup, followed by scrumptious chicken salad (made by travis, and it's amazing) and crackers.

the next course was fruit salad and scones.  we used a new favorite recipe of mine: melon, berry, and feta salad.  it is fresh, full of unique flavors, and so tasty.  mj was kind enough to suggest two awesome scone recipes: caramel apple scones and petite vanilla scones.  i had never made scones before, so they were a decent first effort.  they tasted very good...they just may have been lacking in style points.  and there was nothing petite about my scones.  ha. 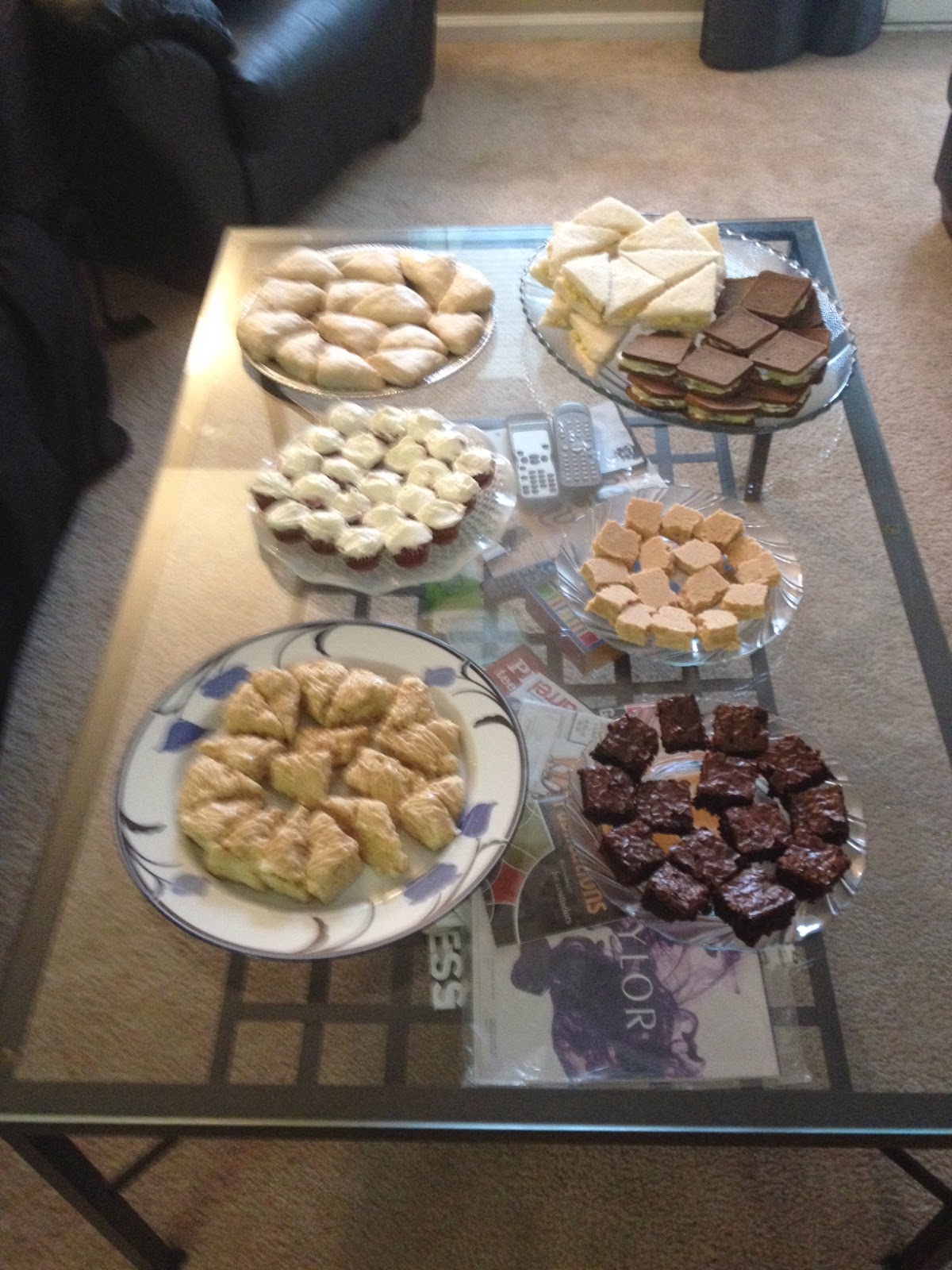 we then served finger sandwiches.  there was egg salad on white bread.  i made cucumber, cream cheese, and dill on pumpernickel.  and not so much a sandwich...we had bruschetta: fresh mozarella, basil, and cherry tomatoes on crusty french bread.

and finally, there was dessert.  like they needed more sugar after the scones.  i had my go-to dark chocolate brownies.  we made red velvet mini-cupcakes with cream cheese frosting.  and then there was the peanut butter fudge.  it tasted really good, but i did something wrong when i made it, because it turned out pretty crumbly.

the girls were all in food comas at this point, so we kind of just rolled them out the door and sent them on their way.  good times.

not being a fancy girl, i never know, but i just assumed a good hostess should wear pearls.  was i wrong? 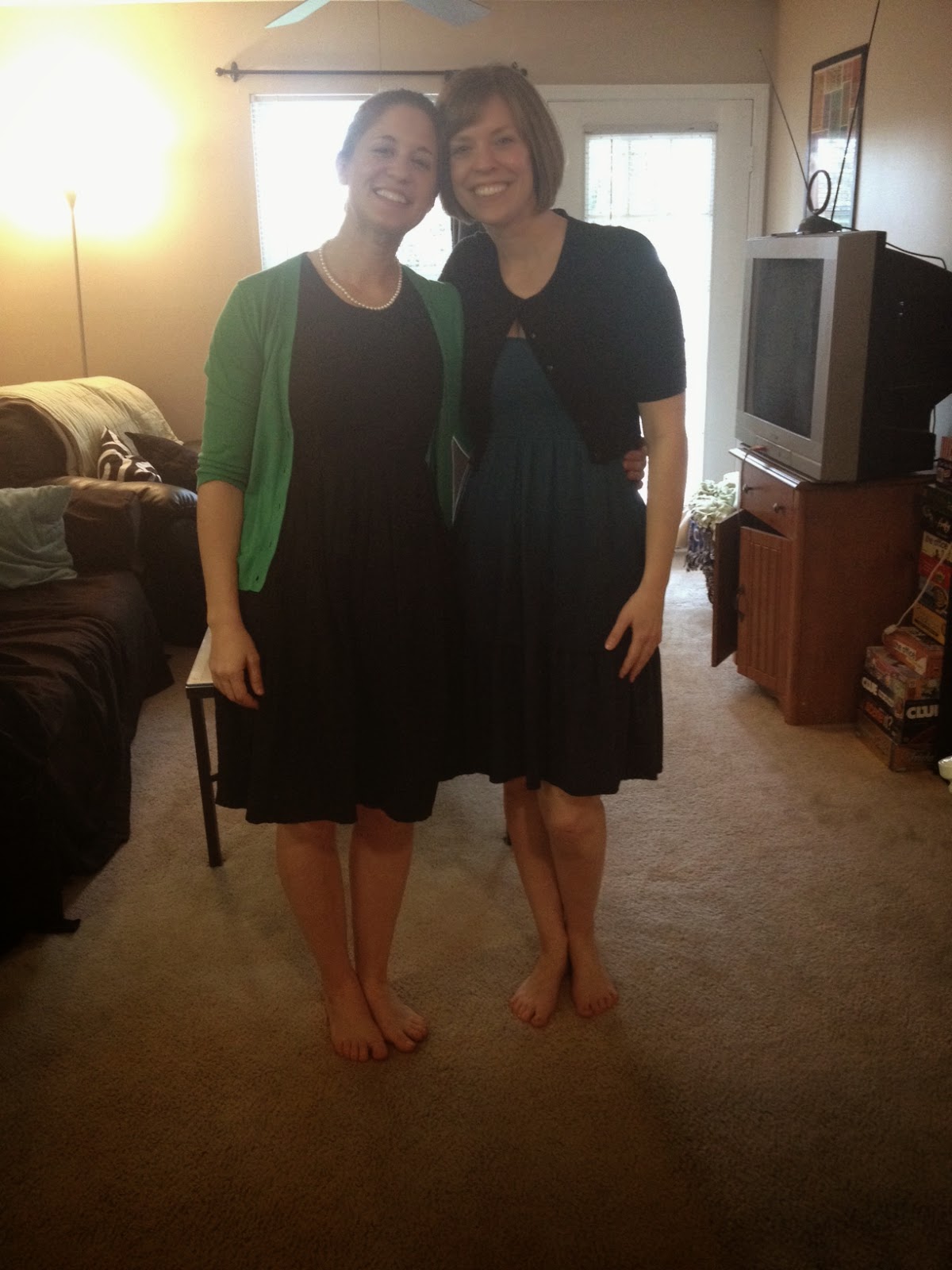 punched in the face by grace: a work in progress